4 trends shaping the future of healthcare 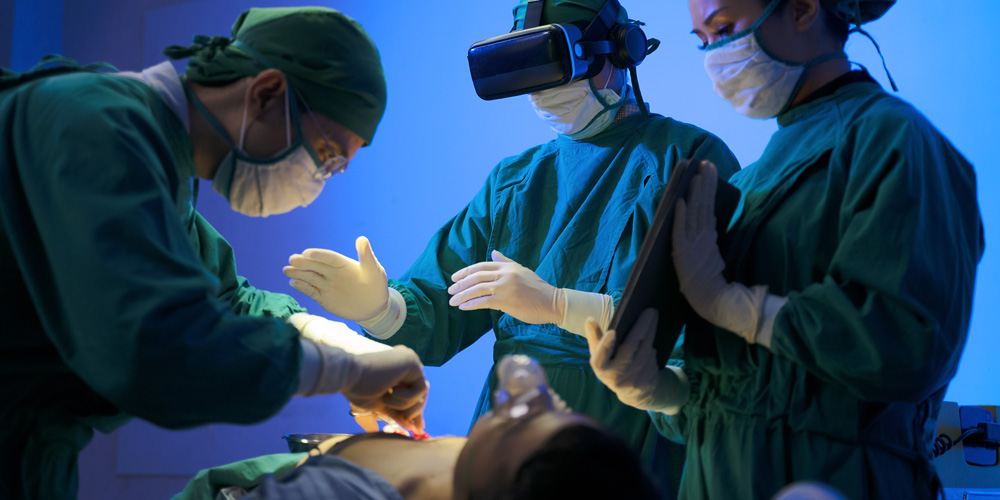 From misinformation to the metaverse, MaRS Impact Health will uncover the challenges facing an industry being swept by change.

The pandemic exposed many weaknesses in Canada’s healthcare system: We know too well about the overwhelmed hospitals and long-term-care homes; the exhausted workers and lives lost. Then there are the less obvious issues: non-existent domestic vaccine production; insufficient lab and manufacturing space for new drugs; labour shortages; and a growing distrust in science. This hurts the long-term health of citizens and the economy — and if left unresolved, Canada can expect similar devastation when the next pandemic hits.

But Canada’s healthcare system is more than a collection of clinics and hospitals. It’s a massive economic engine and a community of innovators that is already working to solve these problems.

“COVID-19 has been both a challenge and opportunity for the healthcare industry,” says Yung Wu, CEO of MaRS. “In recent months, we’ve seen unprecedented innovation adoption, an investment boom and a renewed focus on patient outcomes. The sector is at a historic inflection point.”

Where the sector goes from here will be the subject of MaRS Impact Health, which runs from May 25 to 27. The conference will bring together entrepreneurs, academics, investors and policymakers to discuss the challenges facing healthcare.

Misinformation is straining trust in science

Canada’s stock of COVID-19 vaccines is safe and effective, validated by doctors, scientists and government bodies. And yet: 40 percent of Canadians report having a friend or family member who is unvaccinated; protests across the country against public-health restrictions made international headlines; and roughly half of Ontarians still have not received a booster shot. Although trust in science remains high, experts fear the prevalence of misinformation is making it increasingly difficult for people to sort hard fact from supposition or outright lies.

“The spread of misinformation is quite literally killing people,” says Tim Caulfield, a distinguished professor and author of Is Gwyneth Paltrow Wrong About Everything? When Celebrity Culture and Science Clash. “We need to respond with a range of tools, including enhancing critical thinking and media literacy, better regulation, social-media platform reforms and countering misinformation wherever it resides.”

In an op ed recently published in the New England Journal of Medicine, three scientists from Harvard and Yale said a massive pro-vaccine public information campaign, similar to that waged against tobacco, would be needed to drown out falsehoods and win over doubters.

At MaRS Impact Health, Caulfield will explore strategies for building trust in scientific institutions, particularly in the face of rogue actors on the internet.

Canada gets serious about biotech

During the pandemic, investors stampeded toward healthcare companies. Now, the federal government is opening its cheque book. So far, Ottawa has committed $1.2 billion to build up Canada’s ability to produce vaccine domestically, including providing $200 million to Resilience Biotechnologies to expand its Mississauga manufacturing plant. The government also has a biomanufacturing and life sciences strategy that will see it invest $2.2 billion in biotech research and commercialization efforts over seven years.

The question now is whether this activity is sufficient for Canada to keep pace with the rapidly evolving healthcare industry. A new report by the Innovation Economy Council (IEC) notes that in the potentially game-changing field of cell and gene therapies, Canada is already playing catch up to the U.S., Europe and East Asia. New facilities are popping up, such as a 250,000-square-foot biomanufacturing centre at McMaster Innovation Park in Hamilton that is being planned by the non-profit Centre for Commercialization of Regenerative Medicine. But Ty Shattuck, the innovation park’s CEO, has warned that Canada risks “missing the boat” without additional manufacturing capacity.

At MaRS Impact Health, UHN executive vice president of science and research Bradly Wouters and adMare BioInnovations CEO Gordon McCauley will join other panellists to debate where Canada needs to invest in its biotech ecosystem.

As Ottawa pumps more money into Canadian health research, there’s be increased scrutiny in how the spoils are divided among the public and private sectors. Case in point: When Moderna’s COVID vaccine was first administered, it was hailed as a successful public-private partnership between the pharma company and the U.S. government’s National Institutes of Health. Less than a year later, the partners were embroiled in a spat over patent rights and royalties on U.S.$18 billion of sales, one of several intellectual-property disputes involving COVID vaccines. The bust-up highlights the complex and often fraught relationships that exist in science between governments, universities, venture capitalists and pharma companies.

These are not going away any time soon, but alternative and more collaborative models are emerging. For instance, the non-profit Structural Genomics Consortium places all its research in the public domain patent-free. Its aim is to advance science that is “less influenced by personal, institutional or commercial gain” and to spur drug development in rare diseases. SGC founder Aled Edwards points to statistics showing the Human Genome Project — one of the first “open science” collaborations — generated $141 of benefit for every $1 spent on it.

The metaverse — an immersive extension of the internet where people can live, work and play — may change your life and medicine, too. Advances in artificial intelligence and virtual and augmented reality technologies are starting to turn medical solutions once relegated to science fiction into reality. Companies such as Marion Surgical have developed virtual reality devices to help trainee surgeons practise on digital patients, and doctor-assistant robots that respond to speech and “see” inside a body with unmatched detail are also being deployed. The applications range from improving patient outcomes in Canada to using VR devices to share expertise with doctors in other countries. However, it remains to be seen how quickly these technologies will make it out of the lab and into widespread use.

At MaRS Impact Health, a panel of experts including Sara Ross-Howe, head of research at Cloud DX, Ben Sainsbury, CEO of Marion Surgical, and Dr. Timothy Witham, a director at Johns Hopkins Medicine, will discuss the potential of the metaverse in medicine.

MaRS Impact Health runs from May 25 to 27 with sessions online and in person at the MaRS Centre. Tickets are on-sale now.