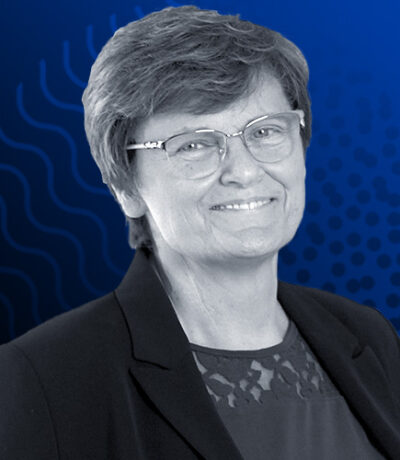 Katalin Karikó, PhD, is Senior Vice President of BioNTech SE, Mainz, Germany where she started to work in 2013. She is also professor at University of Szeged, Hungary and Adjunct Professor at the Perelman School of Medicine, University of Pennsylvania, where she worked between 1989 and 2013.

She received her Ph.D. in biochemistry from University of Szeged in 1982. Her thesis work involved synthesis and antiviral evaluation of 2’-5’-linked oligoribonucleotides. For four decades, her research has been focusing on RNA-mediated mechanisms with the ultimate goal of developing in vitro-transcribed mRNA for protein therapy. She investigated RNA-mediated immune activation and co-discovered that nucleoside modifications suppress immunogenicity of RNA. This groundbreaking work unlocked the opportunity for the therapeutic use of mRNA. She co-founded and served as CEO of RNARx, a company dedicated to develop nucleoside-modified mRNA for therapy. Her patents, co-invented with Drew Weissman on nucleoside-modified uridines in mRNA is used to create the FDA-approved COVID-19 mRNA vaccines by BioNTech/Pfizer and Moderna/NIH. For her achievement she received many prestigious awards, including the Reichstein Medal, Princess Asturias Award, the Vilcek Prize, the Paul Ehrlich Prize, the Breakthrough prize and the Lasker-DeBakey Award.